I actually forgotten what time we left for TMII but we always leave before 8am everyday.
(Day 4: left at 6am!!) 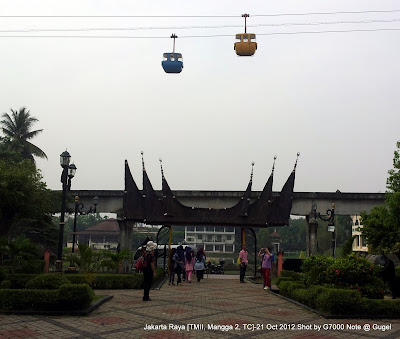 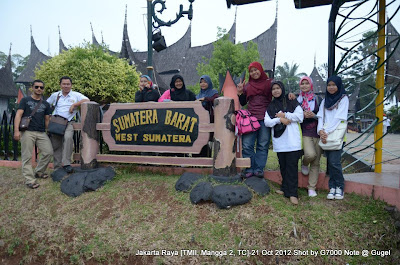 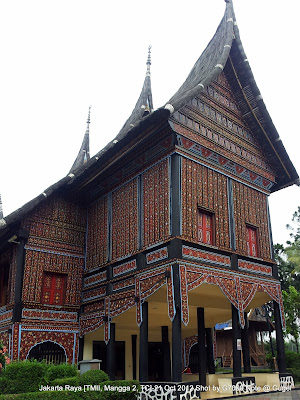 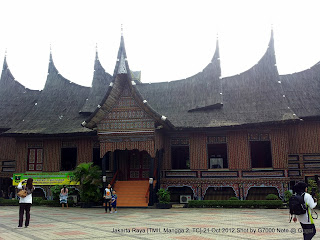 House of West Sumatera ended up was the first and last house we've been into. there are several others more but again, maybe next time.
Maybe i should go to JKT one more time just to indulge in these cultural visits.

Okay. we boarded our minibus and went around the park on it.
There was a morning market! Interesting. If i ever get down, i might spend 1-2 hours. Hmmpphhh..
They even had a minipark like below in the pasar.
There was even a mini 4-pax ferris wheel which i believed was DIY-ed.
Interesting kan? 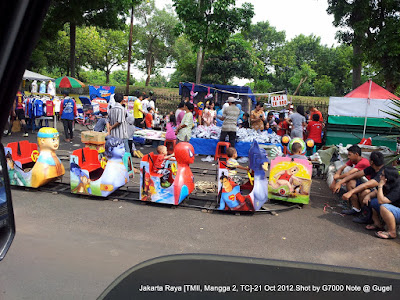 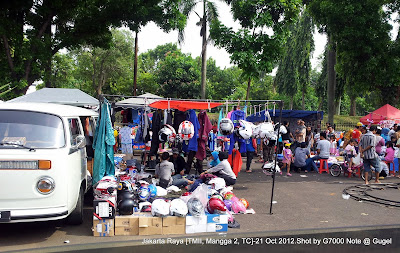 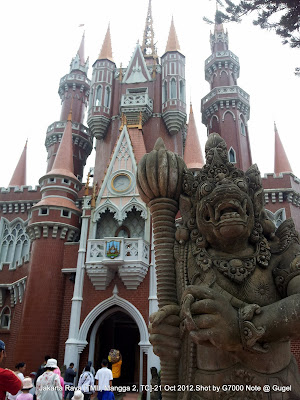 Our next stop in TMII was the Istana Anak2 Indonesia.

It was truly a surprise since when we get there, there was a "lomba" for kids performance.

some of the costumes were simply superb. 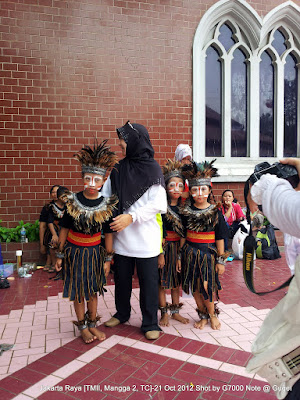 Before we left, i managed to watch one more performance which was really interesting.
They were dancing to a Nasyid!!
Rindu Muhammadku by Haddad Alwi, Anti & Vita
Nice nasyid.
watch here: 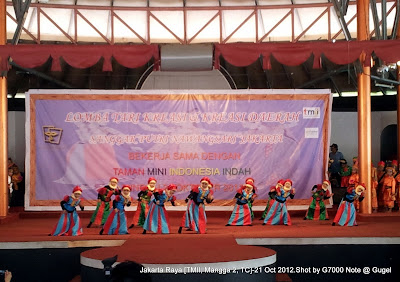 I was thinking. Are we able to perform such Nasyid with fast dance moves here?
Without provocation and crude remarks by anyone?

As we left TMII, i can't help but thinking that i missed a lot.
Maybe , just maybe, someday i should come back for a full tour.
TMII is very interesting including the lake in the central which features the whole Indonesian Archipelago.

i can't actually remember if we go to Mangga Dua first or Masjid Istiqlal first.

Nevertheless, before Mangga Dua (another shopper's heaven- no pix...:-( , we headed for Old Jakarta or knowen as Batavia back then under the Dutch colonial.

Again, i didn't have much time spent here as well, Mangga Dua was supposed to be next..

As we head for Masjid Istiqlal for solat, Pak Dedy decided to use shortcuts - via the "housing area".
The road was small and you can expect me to cringe all the way.
But, we get to see the daily life of Jakarta peeps and was told that the houses directly under the bridge were demolished including schools where the volunteers taught.
so, where are they now?
hmmm.... 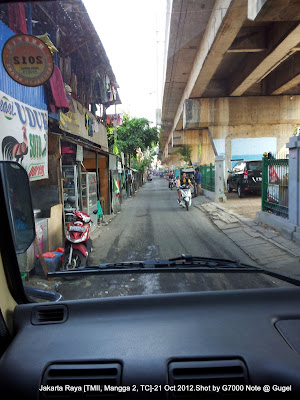 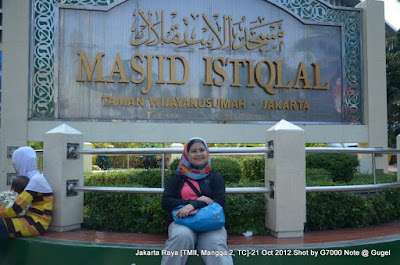 after Mangga Dua, we headed for Thamrin City. Of course, dinner first. 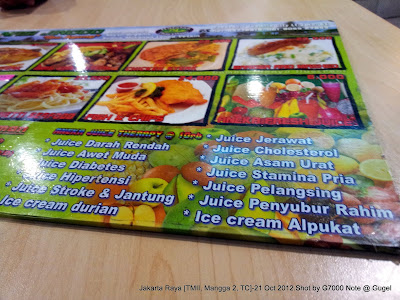 This was...hmmm...i can;t remember the name but it was quite nice but spicy.
It could be nasi uduk - nasi lemak. 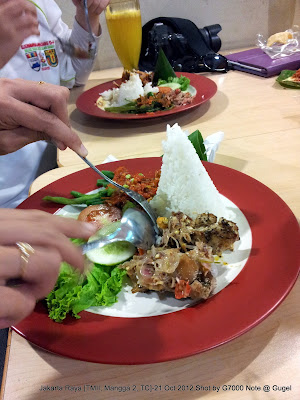 This is the concourse area of TC. One of the reasons why we left at 9PM instead of 6pm as planned..^_^ 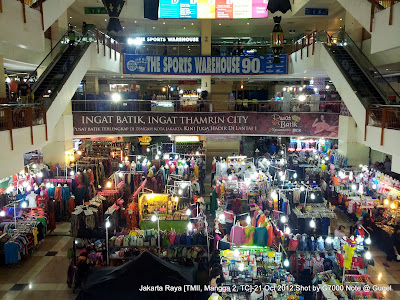 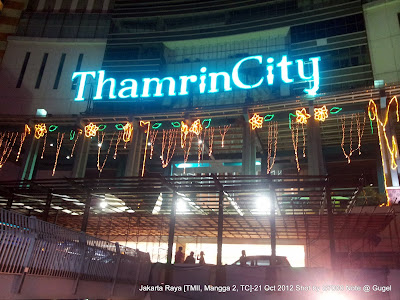 All in all, Day 3 was quite an eye-opener. Both to real world living and shopping experience.
Including waiting for Pak Dedy for almost 30mins!!hahahahah
When me and Abe found him, he was busy snapping away photos of TC until he couldn't hear his phone ringing for a zillion times.
It was here i experinced Bajaj...for 200m...aaaaaa...aku dah naik.ko ada?