Taking the lead from the net, we left Jakarta at 6am for Bandung on monday to avoid the traffic jam.
Damn we were right. No jam, just the usual traffic. Within 2 hours, we have reached Taman Safari.

According to Pak Dedy, most population stays on the outskirt of Jakarta due to regulation and common sense. That is one of the reasons why the city has less people during weekends.

The following photos are taken in while on the way to Bogor-Puncak area. 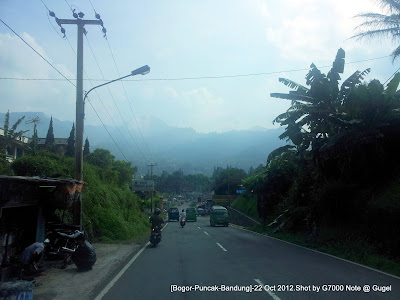 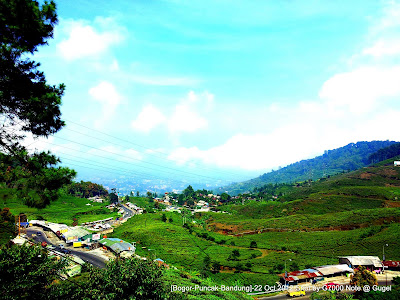 we proceed the journey of the day towards Cipanas. This is where the Taman Bunga Nusantara is located. The road which leads into and out of Taman Bunga is actually jalan kampung. so the view is quite nice. Minus the potholes here and there.

Please go here to have the details of the Taman Bunga.
This is the first view upon entering the place. 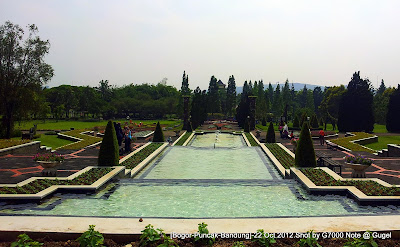 so, okay. The garden is about 23 hectares and there is no way for me to walk around it.
Not really a fan of such park so i guess going around with the 9 to 12 seater open-air minibus. 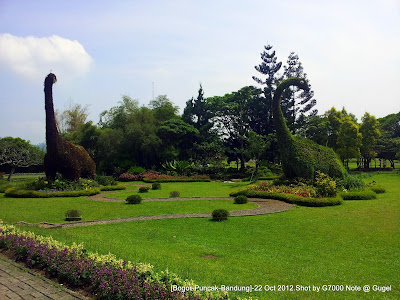 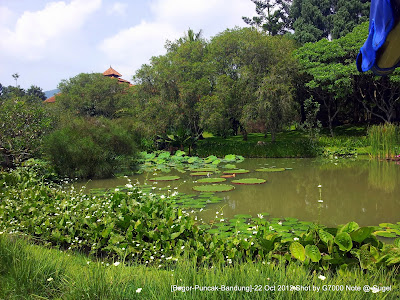 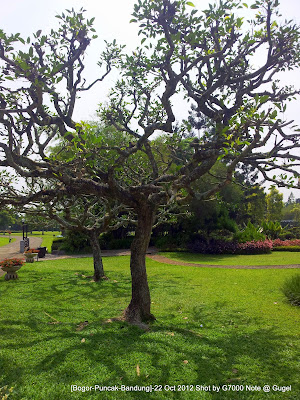 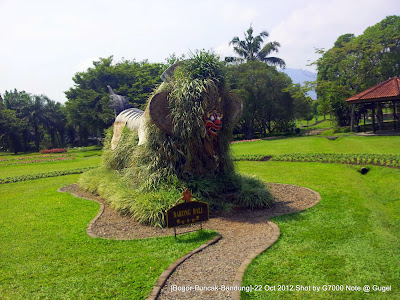 Right in the middle of the route, we got down at one of the stops.
Yes, there's a viewing tower as per below photo and the view from the top is niceeee...
actually, there an elevator. Either it was for VIP only or under maintenance, take your pick. 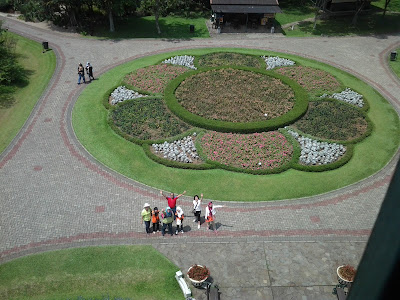 After being scared (notes: i am scared of heights), we relax for a lil bit under this beautiful Bali arch. 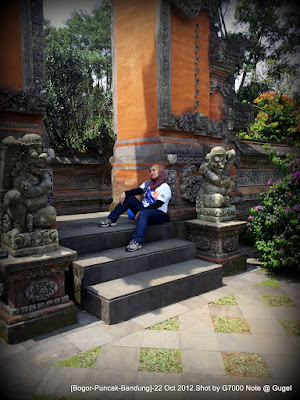 While walking towards the earlier stop, we decided to try the mini amusement park right in the heart of the huge garden. They actually have go-karts, trains, etc but we tried this... 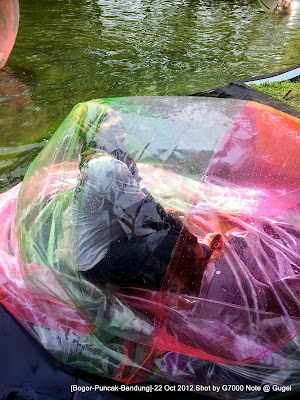 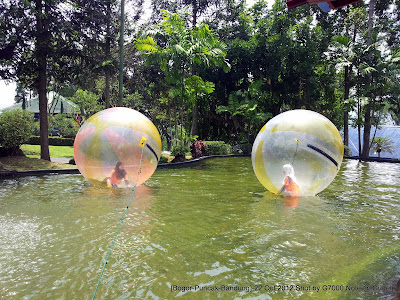 It was fun!!! I've been meaning to get into those balls and now i know how tiring it is to move around in it...
We waited for about 30mins for the minibus pick-up only to find out that the stop next to the amusement park & tower is only..10 minutes away from the main entrance (walking, of course).

We left Taman Bunga Nusantara not more than two hours after we reached there.
It was ZzzzZZZZzzz time until we reached Bandung and headed straight for Sangkuriang (late lunch). 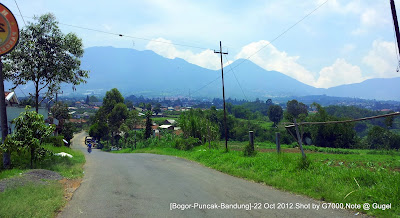 These are the surrounding inside Sangkuriang.
These are some REVIEWS from travellers.
But no matter what, own experience will tell you how it is exactly.
Taste buds do vary from one person to another, ain't it? 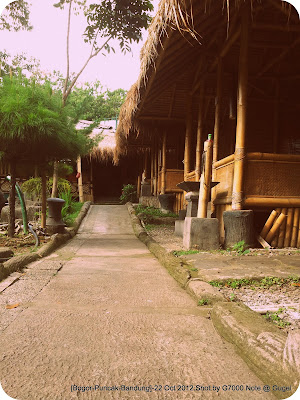 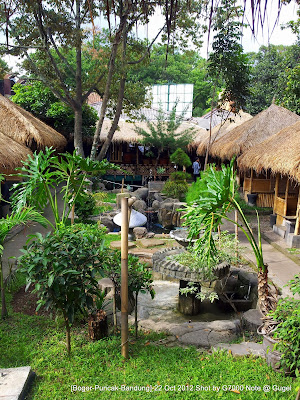 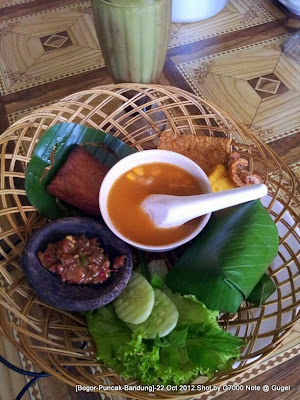 Trip to Bandung will not be complete without a visit (visit????) or accurately shopping trip to Rumah Mode. However, it is sadly not my first choice since i find the stuffs there quite pricey for my wallet and for the 2 times I've been there, i didn't manage to find any that suits my taste.
Mode Plus, however, was another story since i could find lots of Super Dry shirts there..
My fave outlets in Bandung also includes the ones along Jalan Riau namely Heritage, Secret, Glamour, and maybe Rumah Tas.

As i will have another trip to Bandung in December 2012, maybe i would tour those shops in Jalan Cihampelas, Cibaduyut and others.

As for our stay in Bandung, we again went to the homestay in Jalan Samiaji which we have stayed in back in 2011. Hmm the lights are still too dim for my liking but what to expect? it's a homestay. not a 5-star hotel.
wholly made up by Unknown at 2:25 AM